Why a Small Start is a Good Thing – Sunday Edition

We see them everywhere.

All of the people who are “suddenly ” launched into the scene as authorities and experts.

We wonder about them: how they did it, what it took, where they came from.

Today, I hope to give you some encouragement – no matter your age, education or experience, to find value in the small start you are in right this very moment.

Popular culture gives us stories of people who took what they had, in the midst of ridicule, disappointment and misunderstanding, to create lives of impact and influence. Here are a few:

McDonald’s and Ray Crock,  at age 52, and years of failure, he became an ‘overnight’ success.

Or perhaps Starbucks, which began in 1971? The company made such an impression on Howard Schlultz that he had to become part of the brand in 1987. Now, Starbucks is a household name.

How about good ol’ Colonel Sanders and KFC? Harland Sanders opened the first KFC in 1952 when he was 62.

Today, we have such media moguls as Arianna Huffington. She started the web giant The Huffington Post in 2005 when she was 55.

Jeff Goins is an inspiration to many. He was an incredible influence on my decision to begin writing for the world to see. “Call yourself a writer.” he said. I did. It changed me.

Jeff’s story of going from 50 blog readers to over 100,000 is detailed in an interview by Sebastian Marshall. They discuss how Jeff decided to relaunch his blog in order to reach a greater audience. When Jeff realized his true calling, he began to change lives in an even greater way. His courage to re-envision, re-brand, and re-launch has provided him with an incredible platform to reach more people than he could have dreamed.

Brendon Burchard is another modern marvel. I’ve followed his career with amazement. He suffered tragedy, and had to find a way to tell people that there is more to life. His philosophy and guiding principles boil down to these questions, “Did I live? Did I love? Did I matter?” He tells his story in a bit of detail on his blog.

Your Small Start is Important

So, what difference do the stories of these people mean to you and me? Well, let’s take a little look at the scripture verse of Zechariah 4:10.

Do not despise these small beginnings, for the LORD rejoices to see the work begin, to see the plumb line in Zerubbabel’s hand.”

A plumb line is a simple measuring tool. It isn’t a saw, an axe, or a bull-dozer. It is the BEGINNING of the work. The thought process. The seed of an idea.

No matter the greatness of the work, or the stature of the person who gets the credit; somewhere in the darkness, away from the spotlight, the idea came to birth. It had to be nurtured, protected, coaxed into being. It needed pruning, watering, refining. It required time, patience and discipline to bring it to the forefront. And then, someone had to see it.

Those of us who are pursing the dreams and passions of our lives, can feel like we aren’t making progress at all. Our small beginnings can feel like our ending.

We stand with the plumb line in hand, calculating the cost, time and effort and wonder if it is worth it all.

I believe if you could ask any of the people I’ve mentioned above, they would agree that it was hard work in the beginning – and absolutely worth the work.

With decision, discipline and focus, we will get where we are headed.

Then he said to me, “This is what the Lord says to Zerubbabel: It is not by force nor by strength, but by my Spirit, says the Lord of Heaven’s Armies.

Nothing, not even a mighty mountain, will stand in Zerubbabel’s way; it will become a level plain before him! And when Zerubbabel sets the final stone of the Temple in place, the people will shout: ‘May God bless it! May God bless it!’”

The choice is yours and mine every day whether we do what is needed to go from the plumb line stage to the capstone stage. BUT, it is God’s blessing of the work that will make the difference in the long run. We might achieve great heights, wealth and fame, but without the hand of the Lord the work will only last our lifetime. I believe everyone wants to answer the questions Brendon asks with a resounding YES! I did live. I did love My life did matter.

Today, if you feel stuck at start, take a minute to thank the Lord for the opportunity to start again. Get out the plumb line. Measure the work. Put your heart and your hand to it, and get started. Ask Him to bless your work just as He did Zerubbabel’s.

Live Inspired! Live At Your Best!

P.S. – Please take a minute to say hello in the comments. I love hearing from you and what you are working toward. And please, share this with a friend. 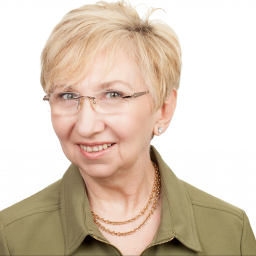